So for a couple weeks now i’ve been having this issue where when i try to load into watch2gether on my android phone it acts like it loads, but i dont correctly join the channel- no-one else sees me join, videos dont load, and i cant interact with anything.
i use firefox with no extensions. It works perfectly fine on mobile chrome.

Thanks for you feedback! I just tested the site with mobile Firefox 68 on Android and it works fine for me. Are you running the latest version? Maybe it help to reset your settings and delete the cache? 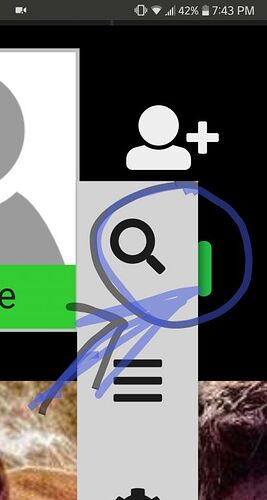 Fix your cam button on mobile400×747 27.5 KB
There’s also the hidden cam button problem you have to deal with, and can you revert the text chat to the way it was before the update on the desktop site? It’s annoying when I have to alt tab in and out when I’m streaming movies just so I can see the chat when it’s prone to crashing. I can only see half the chat when I have the full chat on my screen.
user_5b805f4434f99d7 (KitteyWolf) November 28, 2019, 4:56am #4

I’m on the newest version of firefox- and i’ve even tried completely reinstalling it t try to get it too work- and its still having this very weird issue.

Can you give me your exact Firefox and Android version numbers?

Do you see this problem when the keyboard is open? What is the screen resolution of your device?

The mobile problem was tooken from a friend’s phone screenshot, my PC is 1366x768 and it happens as you get into the site, the cam button is hidden behind the bar that shows the profile pictures.

As for the chat though, it’s cut in half along with the scroll bar now being at a fixed place, it’s happening to everyone but I prefer if you made the chat not cut in half because some of the people in my room stream movies through ManyCam.

Thanks for the info. The only way the menu bar could cover the cam button is on very small screens or when the keyboard is open. That’s why i was asking for the screen resolution. The “split chat” is mostly due to an ad unit that in not loading. Can you show me a screenshot of that issue?

I just rolled out a fix for the cam button on small mobile screens. Ads on mobile that obscure messages